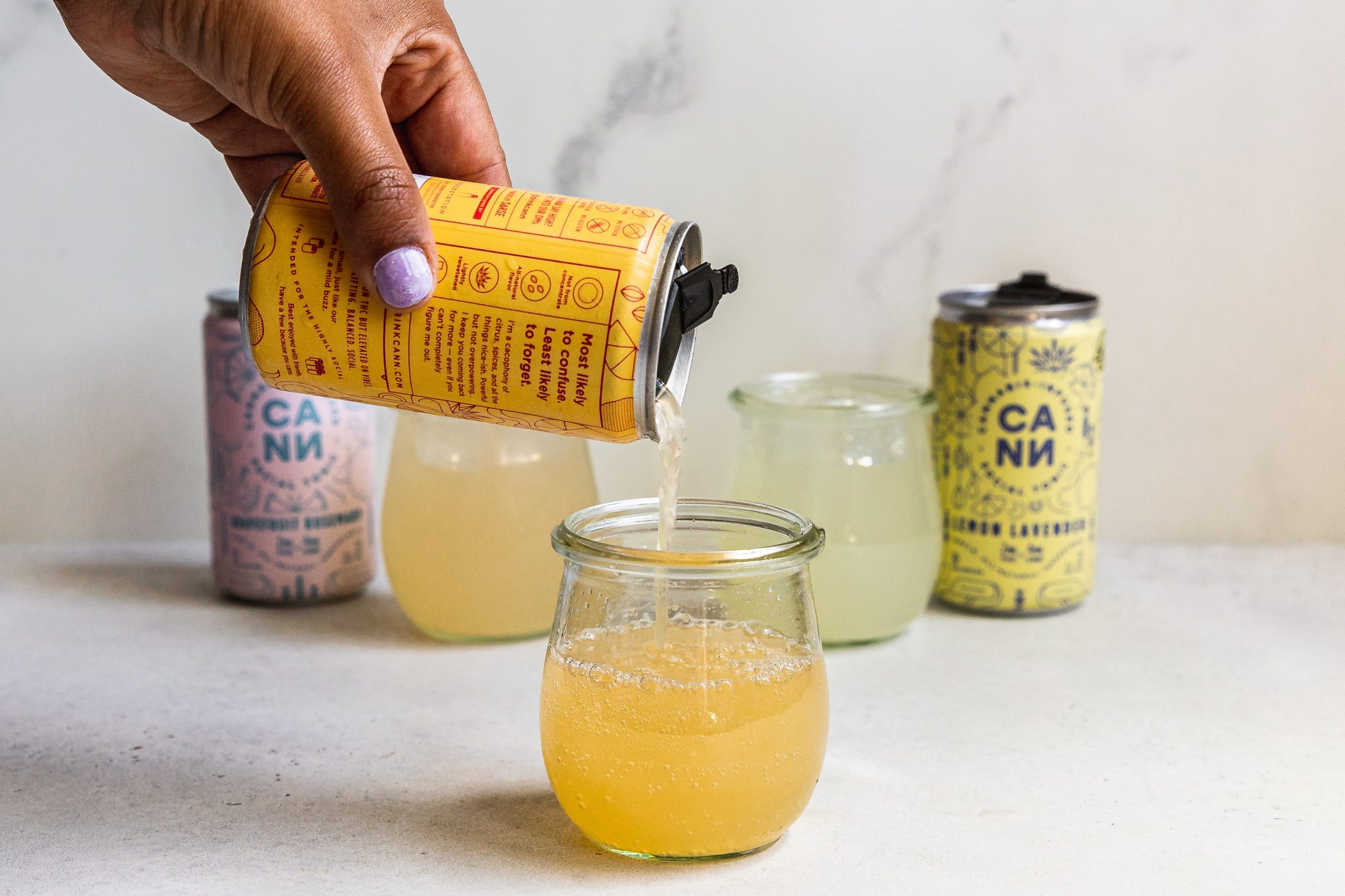 A Guide to Trying Weed-Infused Drinks

Marijuana may not be legal as far as federal law is concerned (you may not be able to get a job with the federal government if you’ve used marijuana in the past), but it’s legal in a great many states. The cannabis industry has blossomed and businesses are finding all kinds of new ways to make marijuana enjoyable: the latest being weed beverages.

Making marijuana drinkable wasn’t technically achievable until recently. Natively, THC is a hydrophobic substance — if you put it in a glass of water, it simply floats to the top and then coats the sides of the glass. It is recent advances in nano-emulsion technology that have made it possible for manufacturers to create THC in nano-sized droplets that mix well in liquid.

Marijuana-infused beverages aren’t like CBD; these beverages have plenty of THC, and are designed to give you a high. It’s for this reason that the federal Alcohol and Tobacco Tax and Trade Bureau doesn’t allow manufacturers to make these beverages with both alcohol and marijuana. Since it would be too intoxicating, you can only have one or the other.

Weed-infused beverages are particularly popular for the way in which they deliver a high very quickly after you drink them, unlike THC-infused edibles that can take 45 minutes to kick in. Nano-sized droplets make faster bio-absorption possible; a high is typically achieved 15 minutes after a drink.

Manufacturers aren’t always allowed to legally sell weed-infused drinks: not even in many states that allow recreational marijuana. But you could easily find an online guide for help using legally bought marijuana to make your own drinks at home. Homebrewers already make marijuana-infused tea and coffee, soda, and lemonade. However, since you don’t have access to nano-THC technology at home, these beverages tend to require steeping and boiling, something that can make them less delicious. 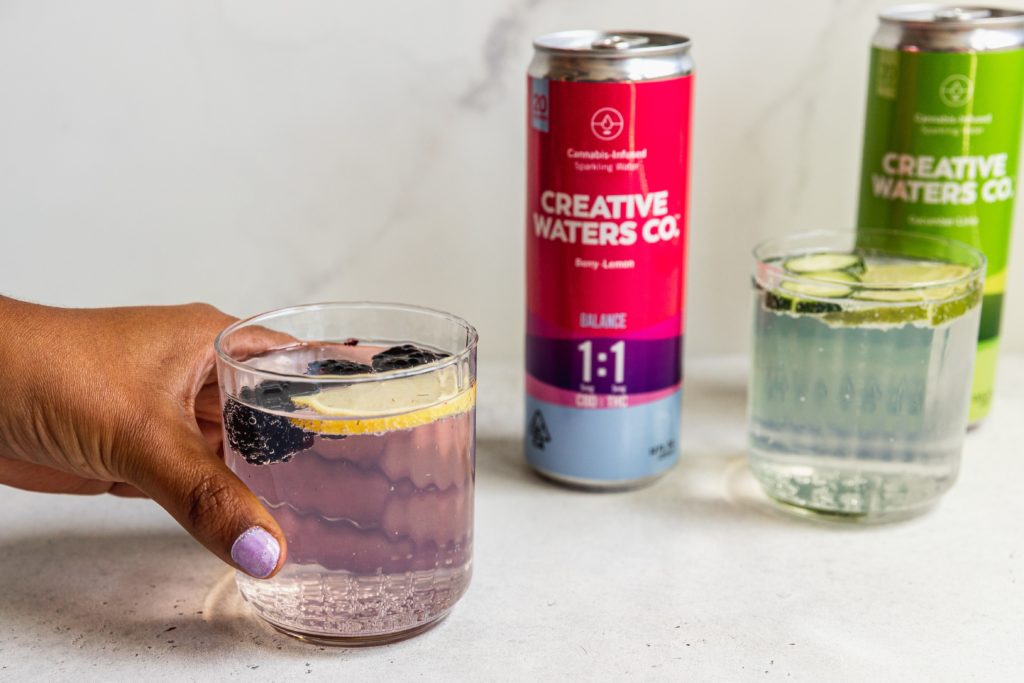 Commercial cannabis drinks certainly come with a pleasant high, but there is more to them than this.
• It can feel better to drink weed in a social setting than to eat or smoke it, because most people drink at gatherings, and you’ll fit right in. Weed drinks are better for gatherings.
• You get the high of marijuana more quickly with a beverage. However, since you need to drink a whole glass to get your entire dose, you can take your time getting there. This means that drinks are safer for first-time weed users than smoking or eating edibles, when it’s harder to gauge how intense your high will be.
• You get to creatively mix all kinds of marijuana drinks with different flavors. Beverages allow flavors not achievable with edibles.
• Weed doesn’t cause hangovers.
Alongside the fun benefits, marijuana use may have benefits for chronic pain, anxiety, and nausea. 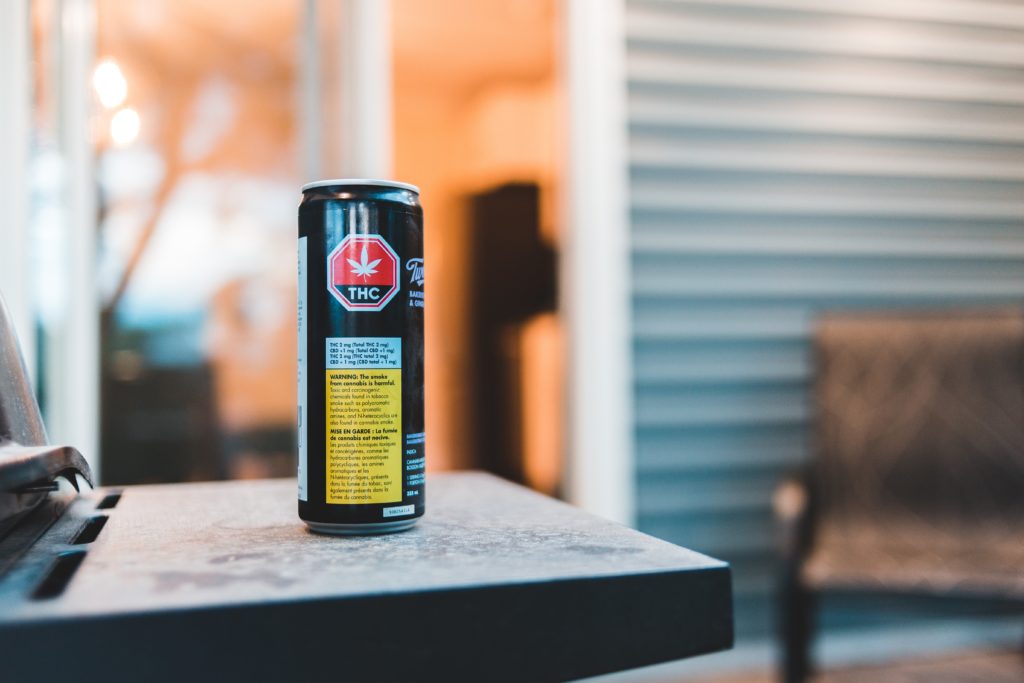 You do need to be aware of the risks, as well

Generally speaking, weed drinks are safe. But it’s important, nevertheless, to be aware of a few areas of risk.
• While the average edible only contains 10 mg of THC, the average commercially sold weed drink contains about 100 mg of THC. While the intoxication process is gradual (it takes a whole glass of the beverage to get there), you can get seriously impaired drinking the whole thing.
• People may be familiar with the amount of alcohol that it takes them to get intoxicated but tend to find it harder to understand how many milligrams of THC results in impairment. Too much THC can cause paranoia, as well as other undesirable effects.
• While bars can’t legally sell both alcoholic beverages and weed beverages in the same place, you could find these drinks on offer when you go to a party. You could easily drink these beverages one after the other, and find yourself far more intoxicated than desired.
• It might not seem like anything serious when you take marijuana in a beverage, but you do run the risk of developing a dependency, something that 10 percent of marijuana users experience.

Cannabis drinks are a new idea, but they are quickly gaining popularity. Some informal studies report that about 10 percent of the population has already tried it (morningconsult.com/2022/03/21/in-tense-times-cbd-is-thriving/). If it seems like a good idea, it could be a great new addition to your social and recreational time, but as with any other mind altering substance, it is important to indulge carefully and to know your limits.